No powers have been delegated to district Collector or the District Level Committee or the Deputy Director of Geology and Mining of the District to initiate action for the violations of mining plans approved by AMD under provisions of Mineral Conservation and Development Rules, 1988 or MCDR, 2017 with respect to Garnet, Ilmenite, Rutile, Zircon, Silimanite and Leucoxene minerals – Such informations are not available with AMD.  They replied vide their letter dated 13.10.2017. This for the members kind information.

Tuticorin Customs Commissionerate is the In-Charge for  export and Import through Tuticorin Port. The Customs Commissioner confirm that, no export of Monazite, Uranium and Thorium for the last 10 years. This will establish that, there is vested interest to make false complaint against Beach  Mineral Industries. 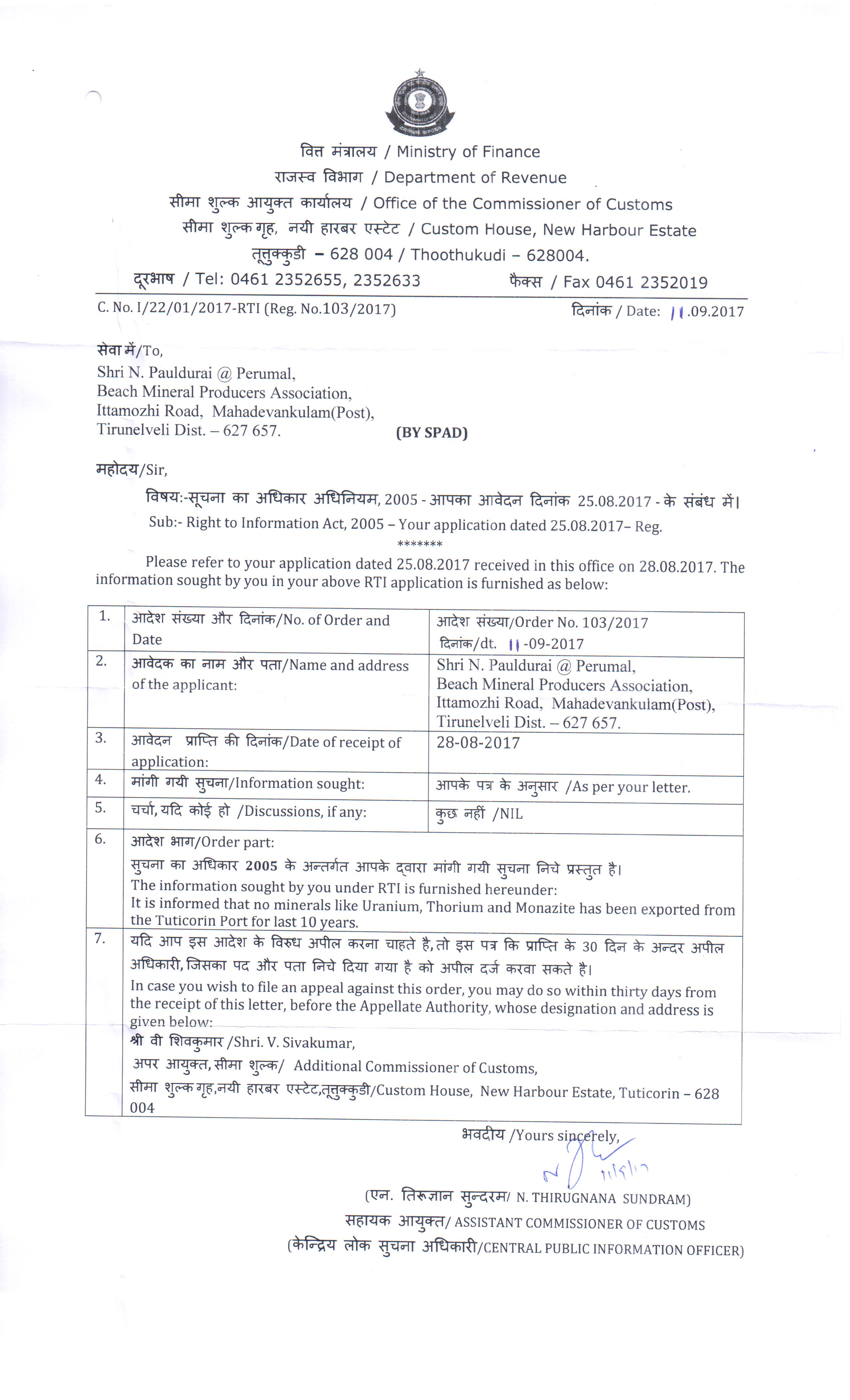 The Commissioner of Customs Office, Tuticorin vide their letter dated 22.06.15, reply to our application dated 28.05.2015, replied that no unwanted materials are detected in the container, while the Export Cargo process through the scanner and no radioactive materials were detected by the scanner in the Export Cargo. He further replied that no Thoirum or Uranium or Monazite are detected by the scanner, while trying to export illegally by any of the exporter. This will confirm that, the complaint against Beach Mineral industries are false. Copy of our application and replied received from Tuticorin Customs office is given below. 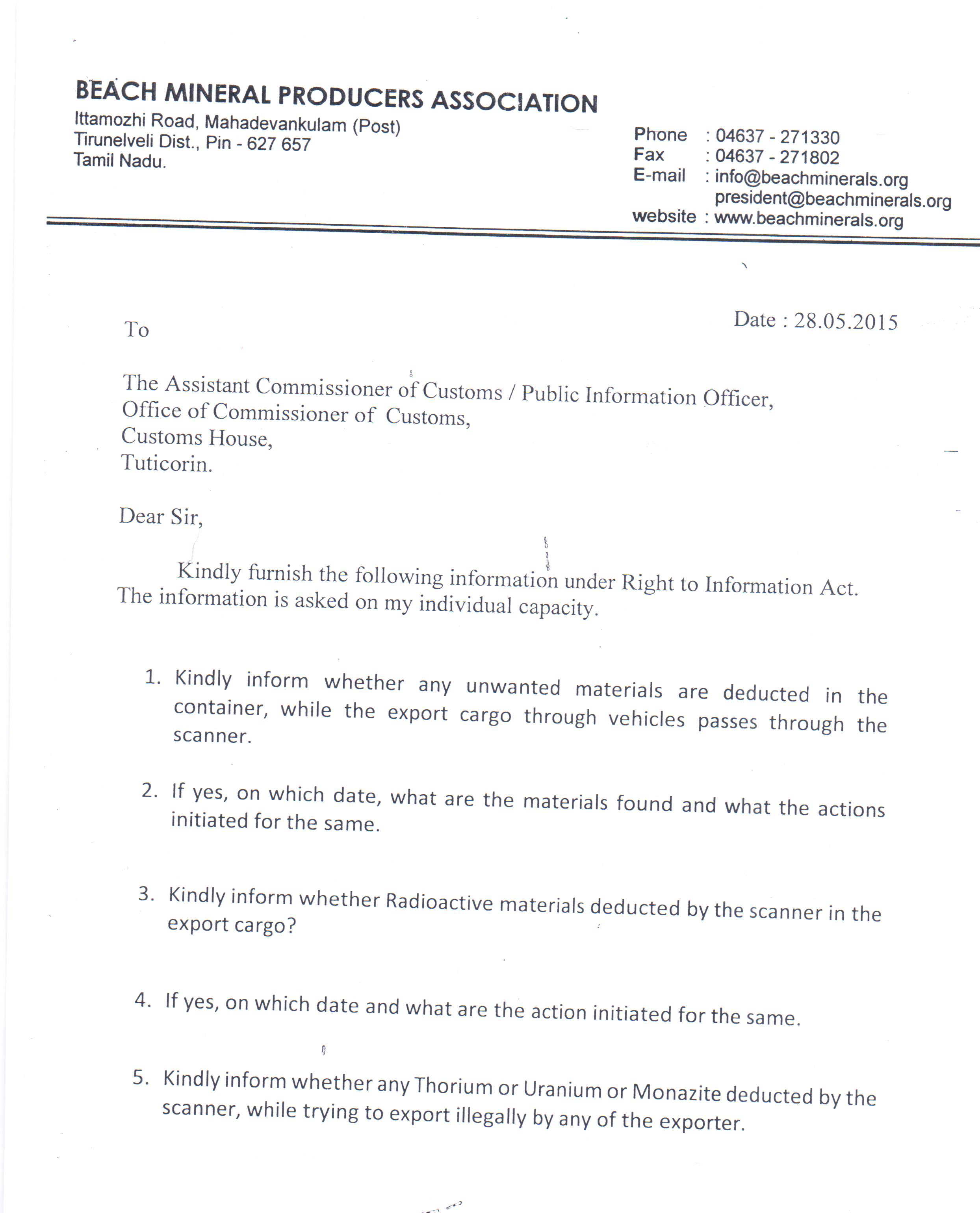 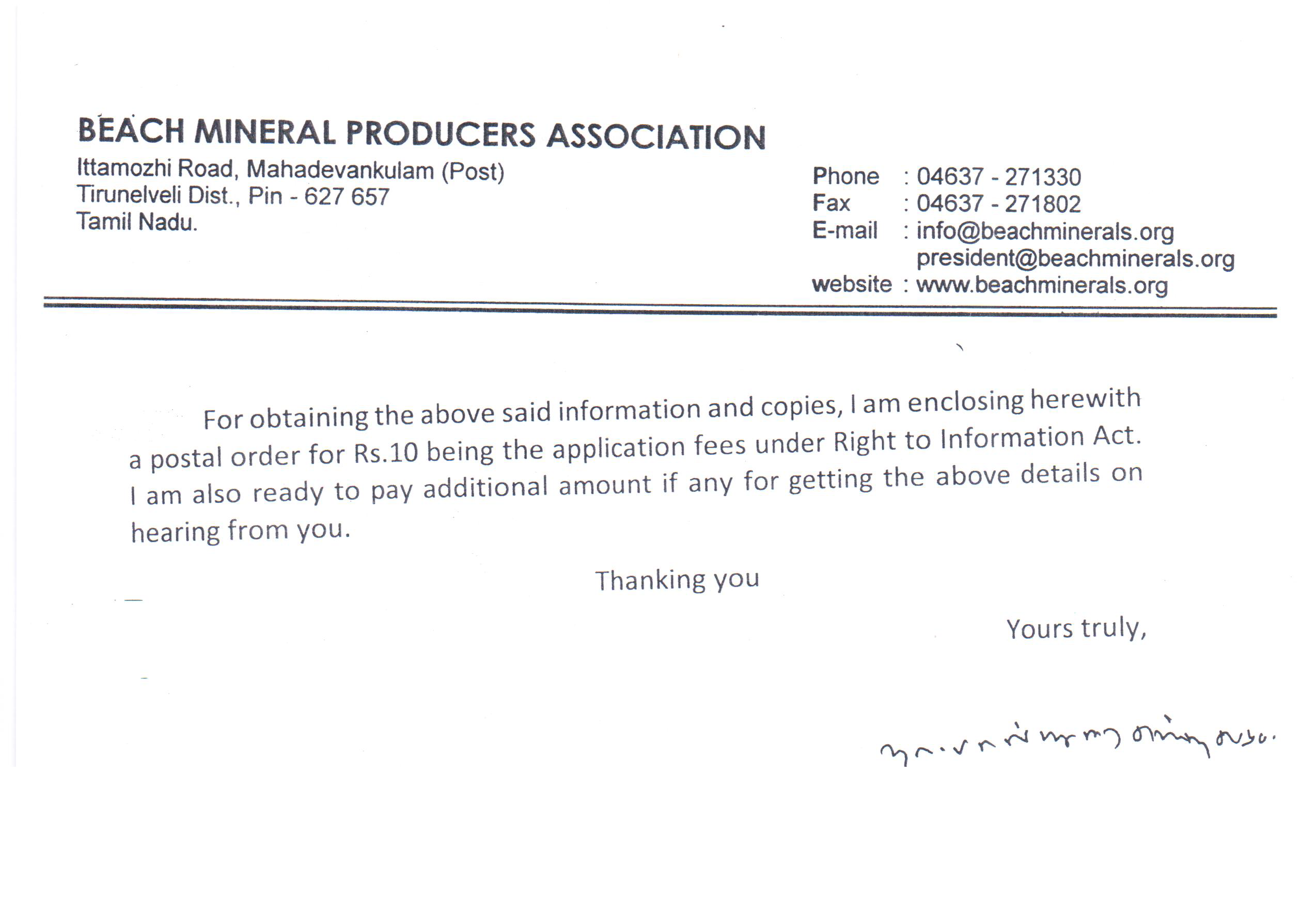 Atomic Energy Regulatory Board (AERB) vide its letter No. AERB/ITSD/RTI/2008/9104 dated 19.09.2008 informed that “Naturally occurring beach sands along the Southern Coast contain the Radioactive Monazite. Epidemiological studies on the cancer incidence rate carried out in these areas indicate no cases of health problems, cancer or kidney failure in these area which can be attributed to the background radiation levels”.

They have further replied that “Monazite mineral by itself cannot be used as fuel in a Nuclear Reactor”.

This will establish that the allegation made against Rare Mineral Sand Industry is not true. 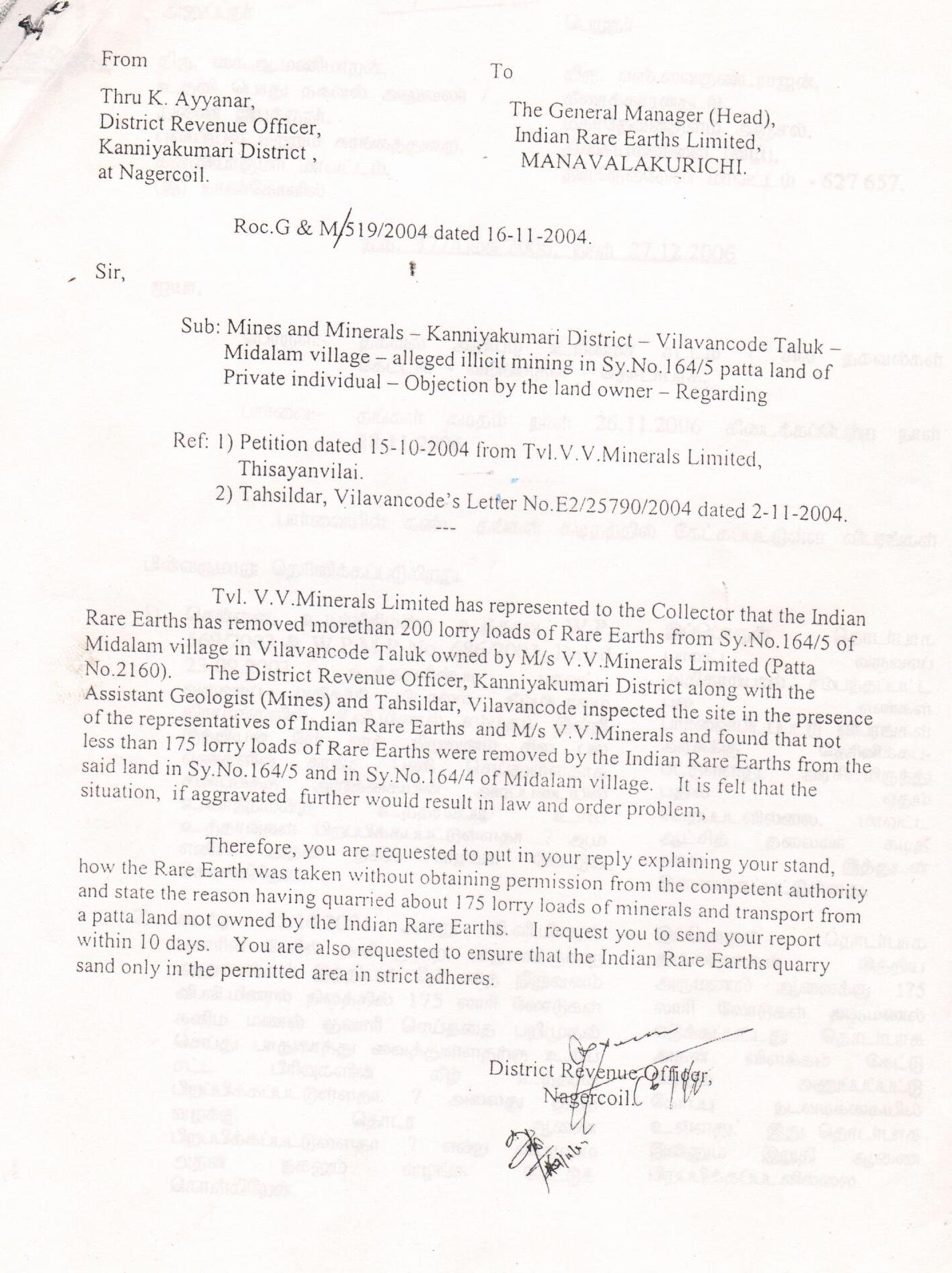