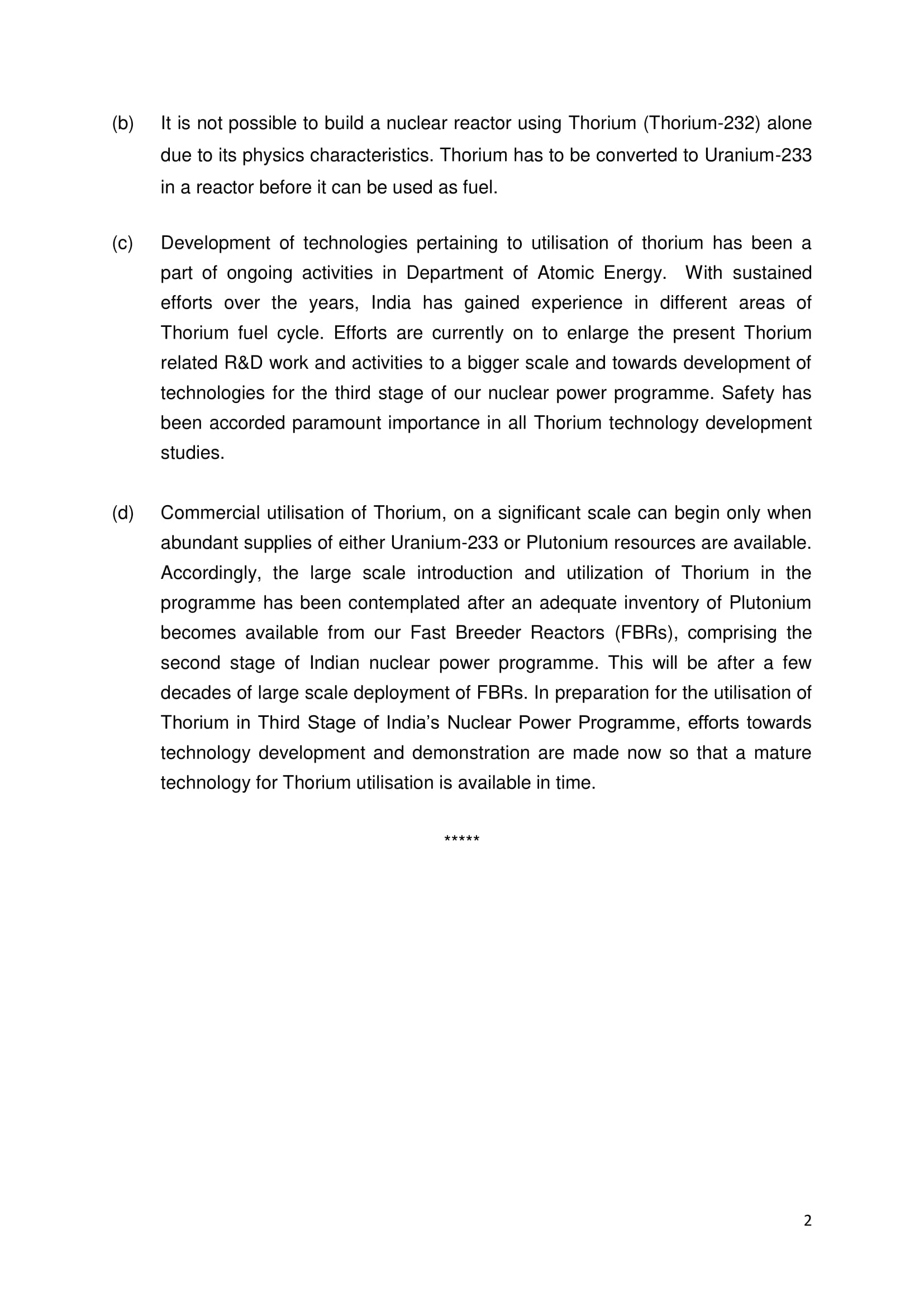 Not possible to use Thorium in nuclear power

Will the Minister of MINES be pleased to state:

(a) & (b) Yes Sir, exploration and exploitation of Rare Earth Elements (REE) are being undertaken.

Monazite, a mineral of Thorium and REE is the only commercial source of Rare Earths in the country at present. It is a prescribed substance under the provisions of Atomic Energy Act, 1962 and also appears as Atomic Mineral in Part B of First schedule of Mines and Minerals (Development and Regulations) Act, 1957. Atomic Minerals Directorate for Exploration and Research (AMDER), a constituent unit of Department of Atomic Energy (DAE) carries out the exploration, establishment and development of atomic minerals in the country, including Monazite.

Geological Survey of India (GSI) is also carrying out exploration in different parts of the country for other sources of REE.

lndian Rare Earths Limited (IREL), a PSU under the administrative control of DAE, has been processing Monazite at its Rare Earths Division at Alwaye, Kerala. During the period 1952 to 2004, IREL has processed Monazite to produce Rare Earths compounds. In 2004, this has stopped due to lack of market, as materials from another Asian Country became available at a much lower cost. Recently IREL has set up a plant at Orissa Sand Complex (OSCOM), Odisha to process 10000 tonnes of Monazite per annum. IREL has set up a facility at its Rare Earths Division, Alwaye, Kerala, to produce Separated High Purity Rare Earth utilising mixed rare earth chloride produced from Monazite processing plant at Odisha.