Minerals are among the most important resources in the world and their careful utilisation forms the basis of many development and sustainability plans.

Beach deposits in certain coastal areas are rich in heavy minerals such as garnet, sillimanite, ilmenite, rutile, leucoxene, zircon, and monazite containing valuable Rare Earth Elements (REE). Unless these minerals are not mined, it will be used for domestic purpose such as, for construction or filling the pits etc., which is a national waste.

These minerals originate from the erosion of rock formations in mountains. They are transported to the sea by rivers and streams, deposited on beach shorelines by water currents and finally sorted by wind in accordance with their density.

Based on origin and other controlling geological characteristics, minerals are broadly classified as replenishable and non-replenishable.

Based on origin and other controlling geological characteristics, minerals are broadly classified as replenishable and non-replenishable.

Beach minerals belong to the replenishable category as they are continually replenished. Additionally, the mining and separation of beach minerals is a fairly simple and environment-friendly process.

However, the Indian beach mineral industry is far from realising its full potential and becoming a global leader in every sense of the word.

Having the right bandwidth, technical expertise and environmental sensitivity to extract and produce beach minerals is of utmost importance. There are many checks and balances in place to ensure the industry can progress smoothly while maintaining ecological balance. However, the process of getting a license can be much more simplified than it is at present.

The minerals in the beach deposits are present as an assorted mixture in varying proportions. These deposits are collected by beach mineral producers, and after separating the heavy minerals, the waste sand tailings are used for reclamation of the mined lands and subsequently for planting trees and developing green belts. Mining in the beach area is purely manual, with simple equipment like shovels, blades and baskets used to scoop the topmost layer of beach sand. There is no usage of any heavy machinery, and no blasting or drilling of bore holes occurs. Inland deposits are mined using loaders. The separation process is as simple and as ecologically safe as the mining process. Based on the individual physical properties of each of the minerals, simple methods are used to separate them, and no chemicals are employed in mining or mineral separation process.

After separation of the minerals, the waste silica tailings is returned to the mining area to backfill and reclaim the land. Land reclamation is followed by plantation of trees and green belt development.

Beach mineral mining and mineral separation is thus the simplest, most cost-effective and environment-friendly process. It yields indispensable minerals and derivatives that are used to manufacture a majority of products used in everyday life.

Beach minerals have numerous applications in many industries. They form the basis of many products that are indispensable in everyday life, and are also a key factor in the manufacturing of industrial equipment.

In addition to equipment, they are used in the manufacturing of gems, ceramics, electrical components, optics and much more.

India has 71% of the world’s monazite reserves and is the only identified source for REE in India at present. China continues to dominate the market with nearly a 95% supply. However, China’s recent restricted exports are failing to meet the increasing international demands, and the time is ripe for India to step in and become a global leader.

With a carefully structured policy that allows India to utilize its massive monazite reserves, not only can the industry progress, but the employment and foreign exchange generated would be incremental for the country to truly become a superpower. 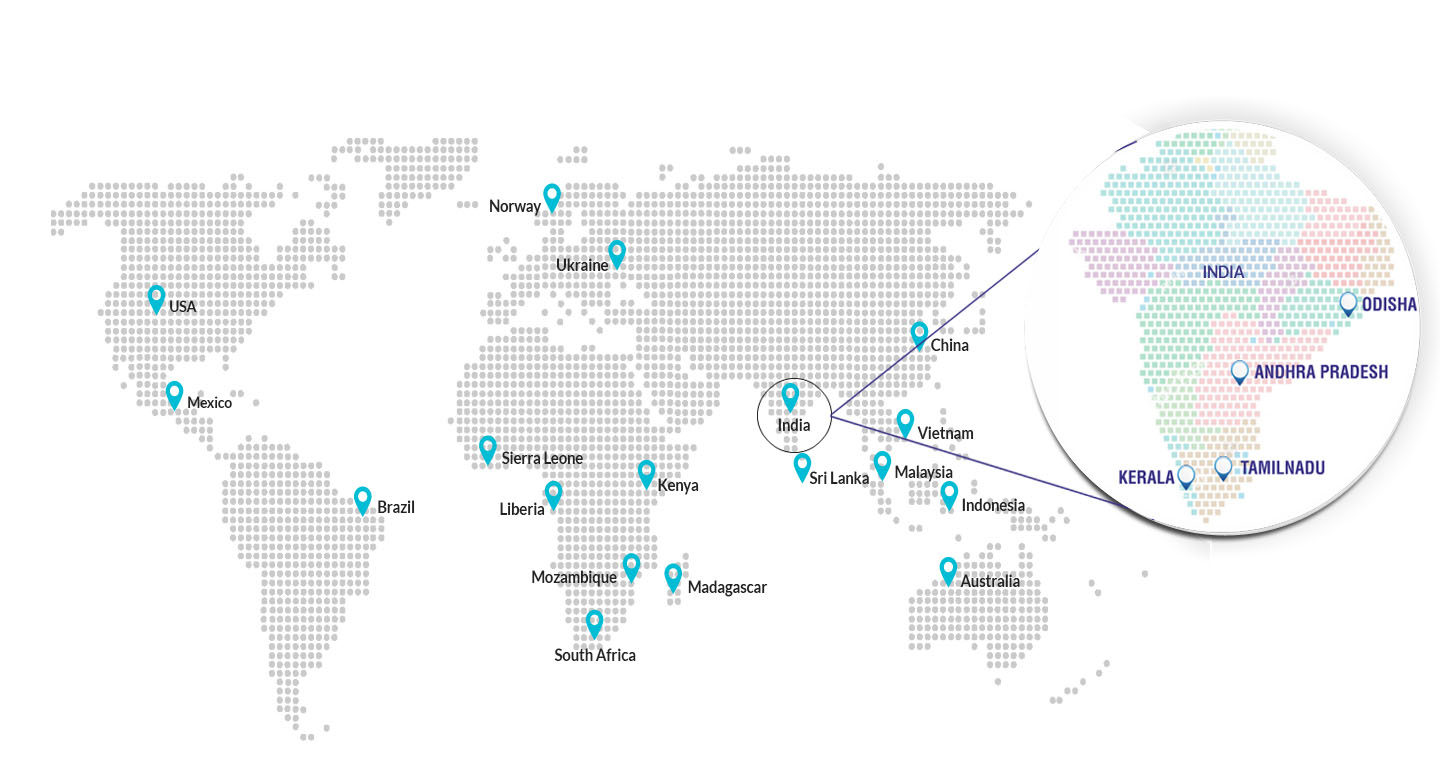 Watch how beach minerals are processed

Watch how beach minerals are processed 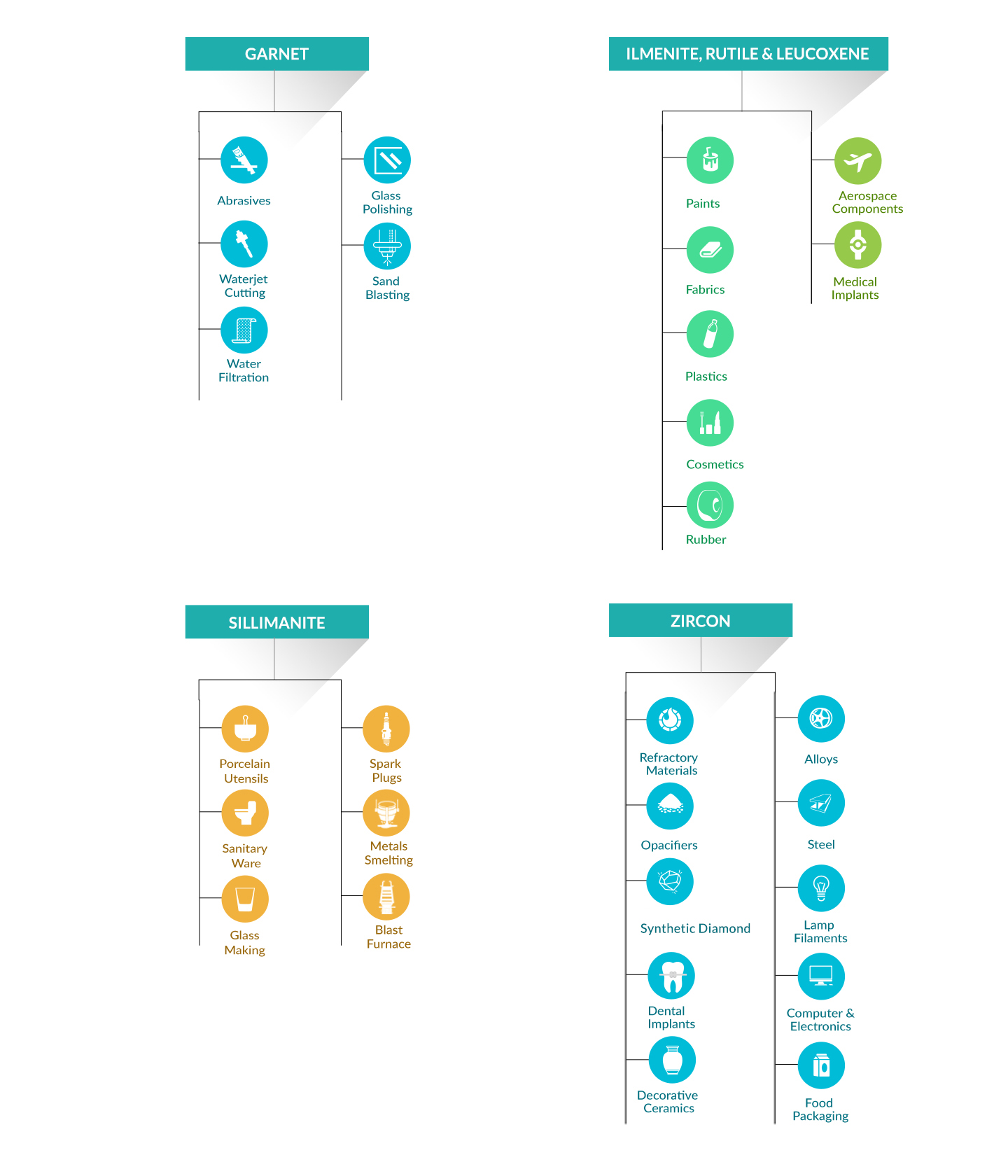