Will our government implement make in India Scheme in Rare Earth field to convert the 90% world reserve as dollar?

‘Advanced research in rare earths need of the hour’ 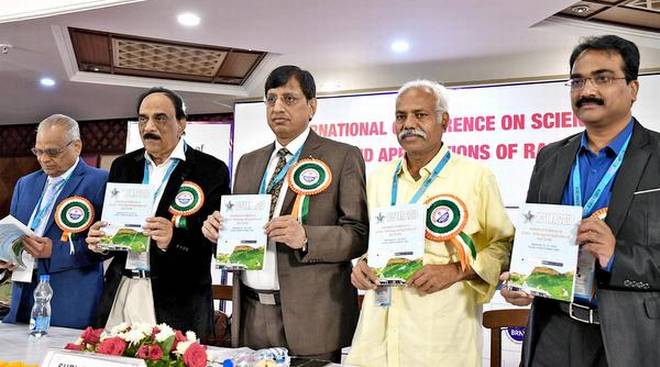 They are classified as strategic and critical materials

Chairman of the Indian Rare Earths Limited D. Singh on Sunday said due to fierce competition among global consumer electronics giants to have qualitative superiority, it had led to a situation of supply scarcity and precipitation ever since the Chinese domination in the field of research and development.

In his inaugural address at the International Conference on Science, technology and applications of rare earths (ICSTAR 2018) organised by the Rare Earths Association of India in Tirupati, Dr. Singh said the piquant situation had led to a rat race among stakeholders in rare earths for commissioning various projects. However, only a few greenfield projects had fructified. “Rare earths have been classified as strategic and critical materials by countries like America, China, Japan and South Korea. The worldwide production during 2017 is estimated at 1.6 lakh tonnes, as against the crude steel production of 1691.2 million tonnes, making the former miniscule.”

Dr. Singh said in view of the importance and inevitability of rare earths in day to day life, but with low levels of exploration, the need of the hour was to ground advanced research, development projects and production plants across the globe. It would create an environment where tendency of guarding the technology developed and acquisition of commercial scale technology would become difficult. “All stakeholders need to put in their efforts to bolster research and development, particularly the scientific community and the government to explore possibility of extending incentives akin to renewable energy,” Dr. Singh said.

Secretary of REAI Dr MLP Reddy, ICSTAR 2018 Chairperson Prof CK Jayasankar, senior scientists from all over India were present. The technological and scientific sessions would be held till September 25.