Why is Modi government restricting beach sand minerals and at the cost the country’s future? 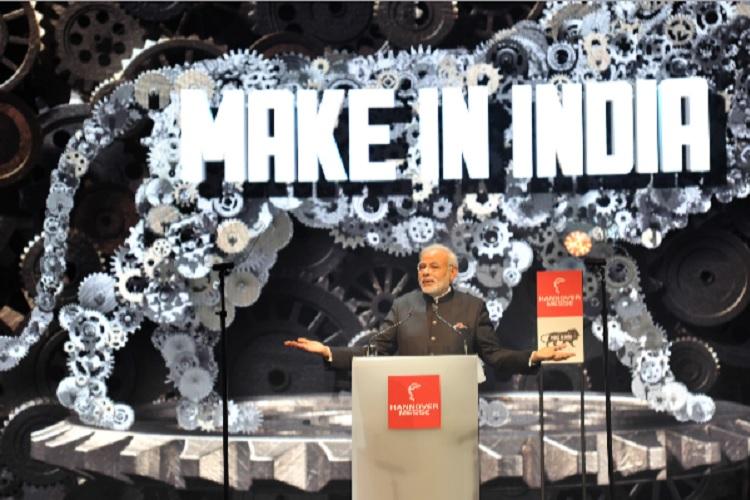 The greatest obstacle to India’s development is India itself. In a recent article, I had written about the tremendous opportunities extant in the private development of the rare earths industry, specifically the processing of monazite. Unfortunately, that seems to be a stillborn dream, for the government has recently moved to restrict the beach sand minerals industry.

The historical record of the industry is pretty clear that government control over beach sand minerals will stifle growth, curtail exports, and effectively terminate any prospects of industrial, economic, or social development.

The Mines and Minerals (Development and Regulation) Act of 1957 had categorised all beach sand minerals (other than garnet and sillimanite) which were classified as Prescribed substances under Atomic energy act as atomic minerals. Realising the gross under-utilization of these resources by the public sector, in 1998, the government invited the private sector to participate in beach sand mining in an effort to give a fillip to the industry and the industry grew over a hundred-fold in 15 years; in 2007, except monazite and zircon all other beach sand minerals were removed from the list of prescribed substances in the Atomic Energy Act, along with the request to the Ministry of Mines to remove them from the list of Atomic minerals. Sadly, this never happened for the last 10 years, instead the present government seeks to put all minerals including Garnet and Sillimanite (which were never atomic minerals) as atomic minerals, which virtually closes the door for this industry.

The AMCR (Atomic Minerals Concession Rules 2016) proposes to reserve all beach sand mineral deposits containing over 0.75 percent monazite in Total Heavy minerals for public sector companies; any already operating private mine that is found to contain above this concentration of monazite will again need to seek fresh clearances from AMD. Needless to say, these retrograde and draconian measures will severely damage the private sector role in beach sand mining.

If, on the other hand, the government were to allow the private sector to mine and process all minerals including monazite, and implement policies that would encourage the production, the industry estimates forecast almost a million jobs in direct and indirect employment, capital investments of over Rs 100,000 crores, and Rs 30,000 crores as revenue to the government.  It is pertinent to note that these revenue estimates are only from chemical processing of these minerals.  Actual revenue potential remains unimaginable and several times more for further downstream industries involved in producing magnets, speakers, motors, hybrid vehicles, electronics, defense and aviation systems.

Against an annual global demand of 125,000 tonnes, India produced just 300 tonnes of rare earth elements between 2009 and 2014 (6 years). A recent study done by the Council on Energy, Environment, and Water in conjunction with the Department of Science and Technology has also stated that the production of rare earth elements would significantly contribute to the growth of the manufacturing sector. In fact, the rationale for privatisation in 1998 as expressed in a Department of Atomic Energy report was the under-utilization of the beach sand mineral resources.

“However,” the report stated, “this is highly capital intensive and it may not be possible for only the PSUs (both Central and State-owned) operating in this field to set up the new plants on their own. It is therefore necessary to allow the private sector to set up such plants within the framework of some broad guidelines.”

Time is running out

The recently notified AMCR jeopardises the private sector participation in beach sand mineral industry and therefore puts the entire business at risk.  It is pertinent to note that, only after private participation in this industry post 1998, India became a prominent player in minerals such as ilmenite and garnet, competing against Australia and South Africa.

Given the geopolitical turmoil caused by Chinese assertion of hard power in recent years, major consumers of rare earth elements such as the United States and Japan are eagerly looking for other alternatives, which gives India a mega opportunity to produce these minerals.  If India misses this opportunity, the demand for Indian rare earths would diminish and economic and strategic advantage would be lost forever.

The present Government is welcoming FDI by opening up all sectors including defense, telecom, aviation, etc.  But contrary to this “Make in India” initiative, the Government’s recent actions (such as this AMCR) seek to restrict and destroy the beach sand minerals business opportunity. This mindset needs to be corrected immediately.

Private handling of atomic resources is not a risk

The oft-heard argument that atomic resources are a security risk in private hands needs to be once and for all debunked: plenty of private firms are engaged world-wide in nuclear activities from mining and processing to operating reactors.

Furthermore, security has been a convenient excuse for the government under which to hide incompetence – a look at the defence sector or the nuclear energy industry should be enough.

Finally, private companies would most likely be willing to bear the paranoia of the bureaucrats and agree to supervision of their monazite processing facilities by the Department of Atomic Energy. There is no reason to curtail private sector involvement in this lucrative field of the future.

The Modi government has been hailed for bringing in economic reforms, though admittedly in a trickle rather than a flood. Its beach sand mining policy, however, stands in stark contrast to the laurels it has won from economic commentators and harks back to the days of Jawaharlal Nehru – big, bureaucratic, and opaque public sector units, and a socialistic frame of mind.

If this government is serious about its “Make-in-India” program, its Skill Development scheme, and its overall development agenda, it cannot afford to throttle an up-and-coming industry that will be the lifeblood for dozens of global technological advancements in the coming decades.