Rare-Earth Market – By monopolizing the mining of rare-earth metals, China could dictate the future of high-tech.

Rare-Earth Market
By monopolizing the mining of rare-earth metals, China could dictate the future of high-tech.

Most people have no idea what’s in an iPhone. Yttrium and praseodymium don’t exactly roll off the tongue, but they’re part of what make smartphones so small, powerful, and bright. These exotic materials are among the planet’s 17 rare-earth elements, and surprisingly, the soft, silvery metals are not at all rare. But they’re found in tiny concentrations, all mixed together, and usually embedded in hard rock, which makes them difficult — and messy — to isolate. In China, which mines 89 percent of global output, toxic wastes from rare-earth facilities have poisoned water, ruined farmlands, and made people sick.

Beyond high-tech gadgets, rare earths play a critical role in national defense, enabling radar systems and guided missiles. Ironically, they also power clean-energy technologies, such as wind turbines and electric cars. This year, global consumption is expected to be about 155,000 tons, far more than the 45,000 tons used 25 years ago. Demand will only grow — likely at an accelerated pace — as the world tries to rein in climate change.

At the moment, only China can satisfy that hunger. Yet in 2010, Beijing cut rare-earth exports by 40 percent — possibly to boost its high-tech sector — and cut off supplies to Japan over a territorial dispute. Its muscle flexing caused prices to soar, sparking new exploration for rare-earth deposits around the world. A boom in illegal mining in China has since driven prices back down, making it extremely difficult for non-Chinese mines to stay open or get off the ground. Nevertheless, the rest of the world hasn’t given up: There are currently 50 deposits at an advanced stage of development (see map below) that could someday challenge China’s dominance. 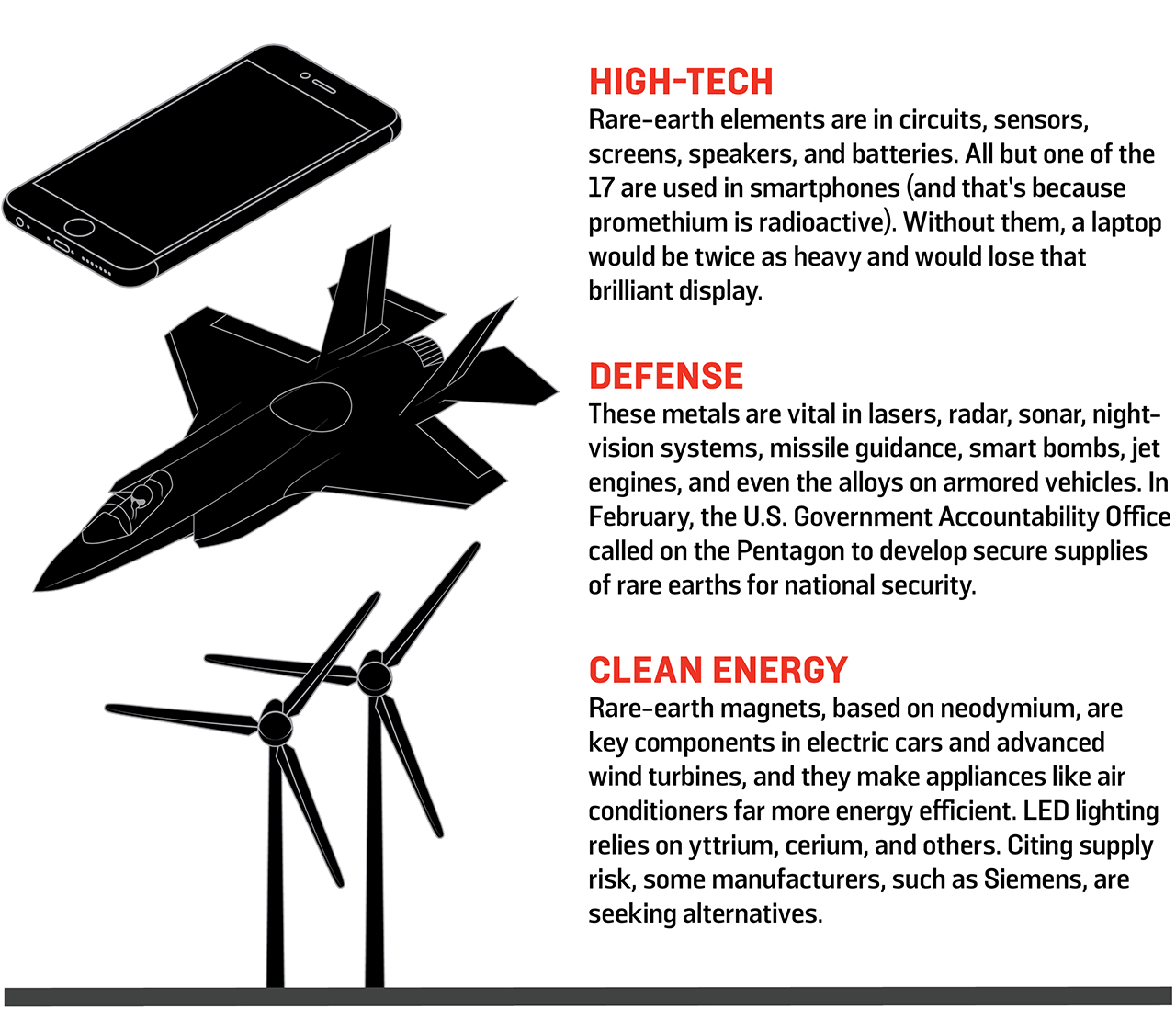