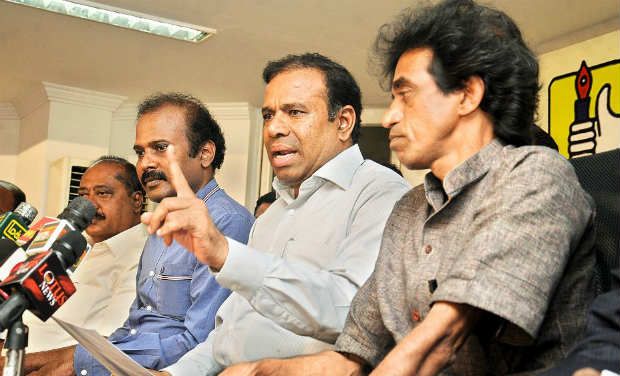 Representatives of various industries’ association from southern districts on Tuesday appealed to chief minister Jayalalithaa to lift the suspension of beach sand mining in Tut­icorin, Tirunelveli and Kanyakumari districts as it derailed the livelihood of over 50,000 families with breadwinners losing jobs. The association also sought an appointment with CM to explain their plight.

“We welcome the government decision to survey the mines to find out any violations or illegal beach mining. The companies involved in irregularities can be pena­lised but closing down the entire industry has affected the lives of poor coastal communities,” convener Paul Raja of Tirunelveli-Tuticorin Small and Medium Industries Association told reporters here. He insisted that there were no violations of any mining rules and the companies were open for probe.

Paul Raja said suspension of mining had, apart from thousands of workers losing jobs, also resulted in the mining firms defaulting on their deliveries to foreign buyers and consequently facing fines.

Worse still, these long-time clients could migrate to suppliers in other countries. “Apart from our mining companies losing export contracts, the huge foreign exchange inflow too would collapse. The damage could be irrever­sible,” he pointed out.

About 50,000 tonnes of beach sand was being mined in a month by 22 companies. Asked about a charge that beach sand mining affected fishing in the area, he said the units did not use any chemical to separate the minerals from beach sand.

“We use magnets to separate the minerals from the mined sand. There has been no degradation of coastal areas,” he said, insisting that the miners had not indu­lged in irregularties.