NEW DELHI: Mines Ministry has asked the Department of Atomic Energy (DAE) to provide the exploration data of areas where the occurrence of atomic minerals is less than the threshold value to expedite auction of such blocks.

“Mines Ministry has written a letter to the DAE urging it to expedite process of demarcating the area within the limit on a cadastral map and make the data available to states for auction of mineral blocks,” a senior government official said.

Atomic Minerals Directorate for Exploration and Research (AMDER), unit of DAE, undertakes exploration, establishment and development of atomic minerals in the country.

DAE has also informed the ministry that about 1,000 sq km of area will be available for auctioning to private firms for mining after taking into account the prescribed threshold values for atomic minerals, the official added.

The issue has been hanging fire for some time now as the private beach sand miners have strongly protested fixing of the threshold value for monazite as they claim it will reserve over 75 per cent of the explored area for government firms.

BSM industry says that fixing of the threshold limit value (TLV) for monazite at 0.75 per cent will destroy the sector and have approached the Prime Minister’s Office for intervention.

They claim that if the rules are implemented in the present form, almost all existing private players will be forced to close operations, resulting in huge losses.

The industry has urged the PMO to “put in abeyance implementation of the first AMCR, help in facilitating discussions of all stakeholders in the BSM industry, instruct Mines Ministry and DAE to work for the long-term development of the industry”.

It has also said no discussions were held with the industry before finalising the rules.

It is also demanding that TLV be fixed as 5 per cent in THM or 2 per cent in the deposit and the termination clause be totally removed. If required, suitable safeguards may be implemented by DAE, like having a conservation policy for monazite. 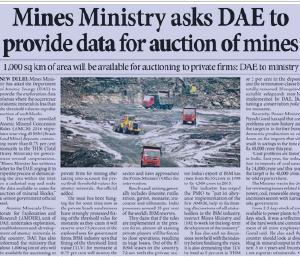 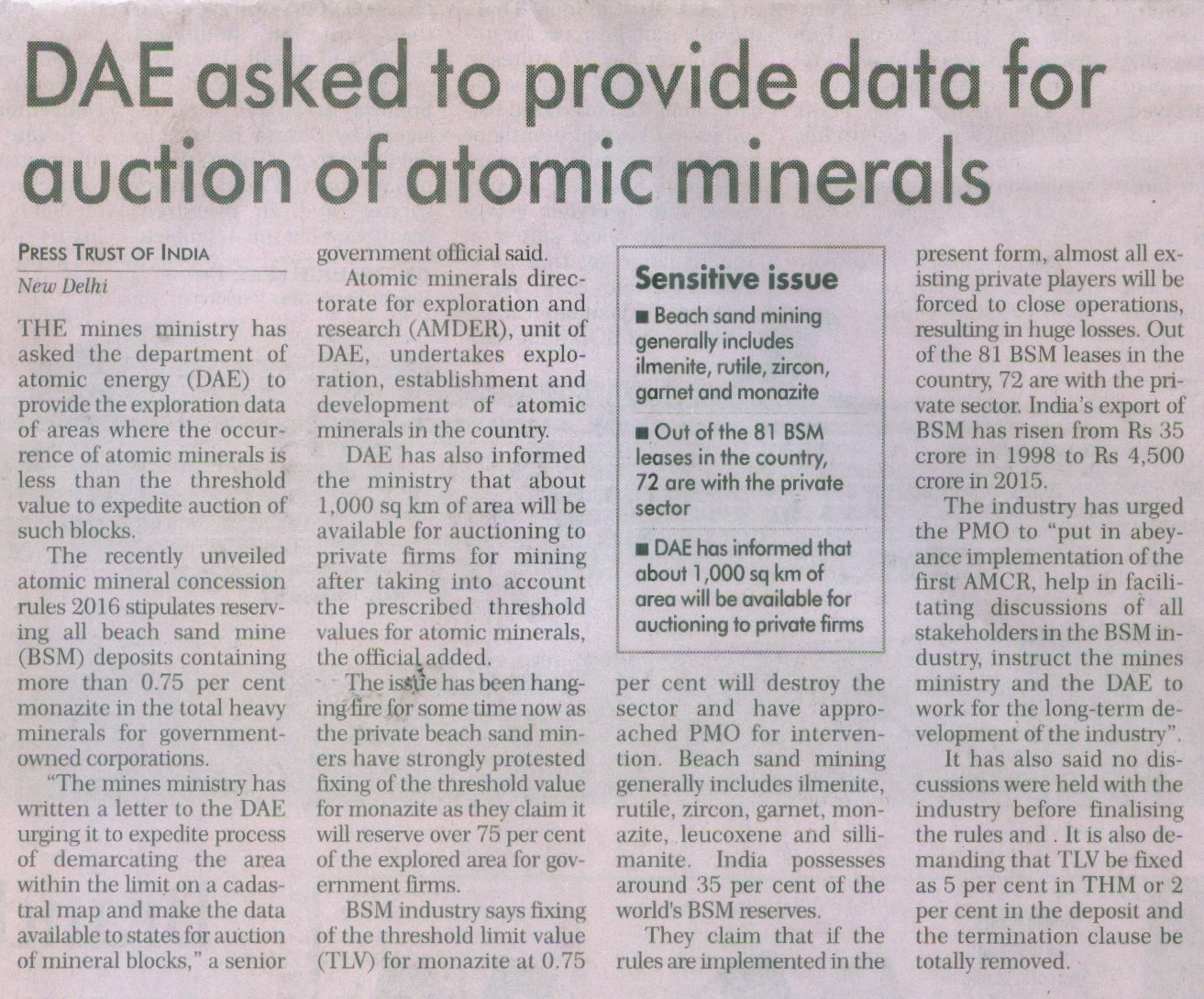