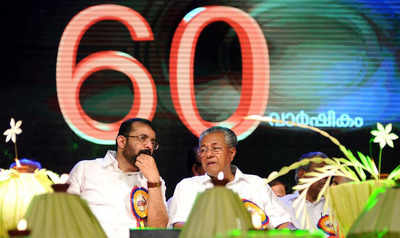 KANNUR: Kerala Legislative Assembly speaker P Sreeramakrishnan has said if “we had permitted mining of mineral beach sand, we would have become wealthier but we missed the opportunity”.

“The opposition against the mining was the environmental issues in one or two panchayats, but instead of addressing the problems there and permitting mining in other places, we spoiled the opportunity by opposing it, which could have made us wealthier than Qatar,” he said inaugurating the seminar on the development of Kannur Assembly constituency, organised under the aegis of KILA, here on Tuesday.

Though people of all political affiliations should come forward to join hands in development, development also has a politics beyond party affiliations, and it is natural to have politics in priorities while formulating the development policy, he reminded. Nowadays, in the name of development, there is a corporate tendency to bring all the people’s representatives under their fold irrespective of politics and we have to be careful about it, he added.

At the same time, the speaker also said the opposition against the proposed LNG pipeline between Kochi and Mangaluru is not justified and the plant in Kochi built with an expense of Rs 20000 crore is not yet functional because of this.

Observing that our attitudes about development should change, and also the mistakes should be rectified, the Speaker said the process of development is of multi-level and it is time to evaluate the development in Kerala, which is 60 years old now.

He also said there are two diametrically opposite arguments about the Kerala model development. One group says there is nothing called Kerala model while the other says Kerala model is the ultimate, but these extremist arguments are wrong, he added.

“Kerala model is something which astonished the whole world but it is wrong to say that it is the ultimate, and we have to improve further,” he pointed out, and added that we should ask ourselves if we have succeeded in carrying forward the message put forth by the people’s planning programme.

We are much behind of others in manufacturing value-added products, opined the Speaker, who pointed towards the strides made by Sri Lanka in making value-added products from coconut. Similarly, though we are top producers of rubber, we do not have any major rubber product industry here, said Sreeramakrishnan.

The seminar was based on a draft document on the overall development of the constituency. Based on the 12 group level discussions in the seminar, the draft would be finalised and then various government agencies would be approached to get funds for the projects, said the organisers.