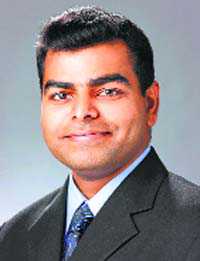 VV Mineral is the third largest company in the world with the capacity and technology to do beach minerals mining from extraction to value addition of TiO2. It is also the leading supplier of HMM and TiO2 to major foreign companies with advanced technical credentials. V Subramanian, director, VV Mineral, talks about heavy minerals market in India.

Q.  Give us a brief overview of the heavy minerals market in India? What is the quantum of deposits found in India and where?

A.  Heavy minerals are set of minerals containing garnet, ilmenite, zircon, rutile, silimanite, leucoxene and monazite. Garnet, though is the most eco-friendly abrasive, it is only used in overseas countries for awareness of this mineral is less in India. Worldwide, the market size is around 1.2 million tonne and almost 7,00,000 tonne is produced by India.

Ilmenite and rutile is used as a titanium feedstock. Though India has around 40% of world’s total reserve, production contribution is harldy 5% of the total world market. There are various bottlenecks, why these minerals are consumed within India, largely contributed by unfriendly investment climate prevailing in India.

Zircon and rutile are also consumed at 100,000 tonnes and 60,000 tonnes, respectively, where more than 60% is still imported in India.

Most of these minerals are largely found in coastline of Kerala, Tamil Nadu and Andhra Pradesh and a little in Orissa.

Q. Why is the heavy minerals sector still a nascent industry? What are the major policy bottlenecks that have led this industry to grow at a lethargic pace?

A. Though India is home to 40% of the world’s reserve (in certain heavy minerals), our production contribution is very minimal (maximum of 5% in ilmenite). There are various reasons. It starts with mining lease approval process, where 26 different Government departments (both Central and State) should concur before we could start mining. This process easily could take 7-8 years

Q. What is the value of export of heavy minerals and related value-added products (from sand beach mining) from India?

Q. What is your annual output of heavy minerals each year in India?

Q.What are the major applications of heavy minerals? How can future demand be met?

A. Garnet is widely used as the preferred eco-friendly abrasive for surface preparation, before corrosion resistance coating is applied. Ilmenite and rutile are used to extract titanium dioxide pigment. These minerals are also used in making welding electrodes.

Q. How do you see the current scenario on the export of titanium in India?

A. India is importing almost 1.5 lakh tonne of Tio2 pigment (titanium dioxide) for our production is less compared to actual consumption (200,000 tonne). In fact, this consumption could actually grow 5-10 times considering we are hardly consuming 400 gm per head of population and where in US it is 4 kg per head. 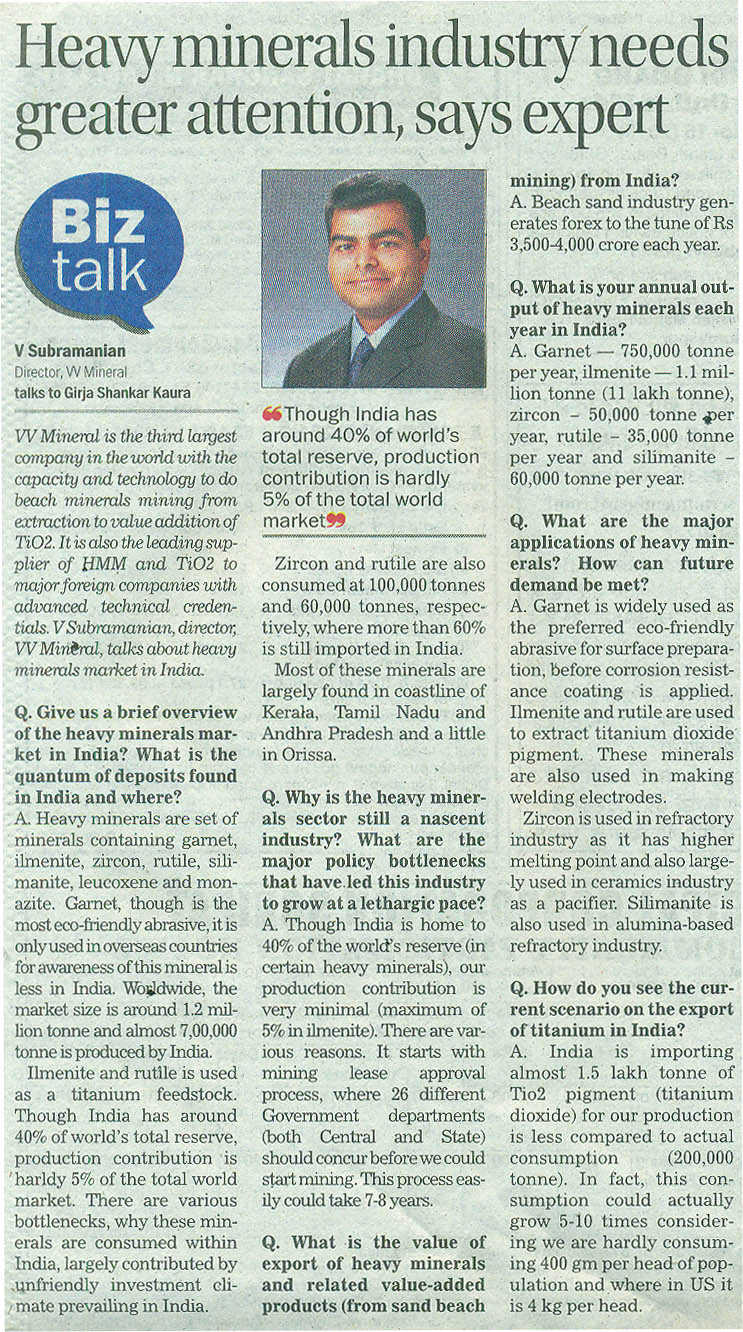