Government move to open Atomic Minerals to private parties which will generate one lakh new employment and foreign exchange earnings of more than Rs.10,000 Cr /yr in addition to self sufficiency of Nuclear fuel for Indian Nuclear Power plants. 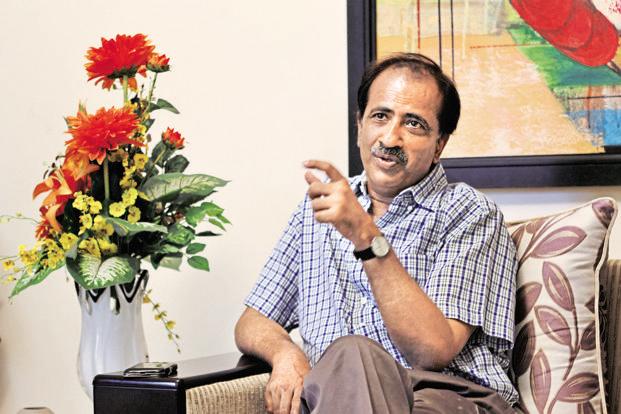 Balvinder Kumar, secretary in the mines ministry, said the government plans to usher in competition in the leasing process.

The government, like it did with hydrocarbons, is set to open up exploration and production of atomic minerals to private mining companies.

It is part of a strategy to increase domestic supplies of fuel as the country readies to expand its nuclear power generation capacity, Balvinder Kumar, secretary in the ministry of mines, said.

India currently has a 5.7 gigawatts (GW) nuclear power generation capacity, which barely accounts for 2% of the total power capacity but is expected to witness a sharp increase over the next 16 years as the country moves away from fossil fuels for its energy needs.

The Department of Atomic Energy’s target is to have 63GW of nuclear power capacity by 2032.

Fossil fuels account for 71% of the electricity output and the government wants to bring it down to less than 60% by 2030 as per its climate change action plan.

The proposed six nuclear reactors, for which talks between the Nuclear Power Corp. of India Ltd and US-based Westinghouse Electric Corp. are likely to be concluded by 2017, will alone more than double the country’s nuclear power output in the short term.

Kumar said rules for opening up exploration of atomic minerals to the private sector will be brought out shortly. Out of the country’s 1,400 sq. km of atomic mineral-rich area, about 1,000 sq. km along the coast—where minerals are available below specified thresholds—will be offered for prospecting and production through competitive bids. State agencies will retain rights to operate the remaining 400 sq. km.

The Mines and Minerals (Development and Regulation) Amendment Act of 1957, which was amended in March 2015, provided for the auction of mining leases except for atomic minerals, for which the government was empowered to frame separate rules. “We are now addressing that part that was left out, in order to usher in competition and transparency in the case of atomic mineral leases. This will help us tap resources that are available domestically, so that imports can be reduced,” said Kumar.

The government does not give the break-up of imports and domestic supply of nuclear fuel. Data tabled in Parliament show the country processed 1,252 tonnes of natural uranium from imported as well as domestic sources in 2014-15. An indigenous 700 megawatts (MW) pressurized heavy water reactor requires about 125 tonnes of uranium a year. The new mining lease auction rules will cover minerals such as uranium, thorium, titanium and zirconium.

There are large deposits of uranium in Andhra Pradesh, Jharkhand, Meghalaya, Rajasthan and Telangana, according to the Atomic Minerals Directorate for Exploration and Research. Mines in some of these states are being expanded. Some of the minerals classified as atomic minerals have other industrial applications, too. Titanium, for example, is used in the paint and pigment industry.

Experts, however, said private mining firms’ interest in these leases would largely depend on how reliable the data available to them on mineral reserves is, how the nascent market for these minerals picks up and the deftness state administrations show in handling issues relating to local communities.

“It will be a challenge to run an auction for these minerals at this time as key supply and demand parameters such as resource availability and market prospects are unclear,” said Kameswara Rao, leader of energy utilities and mining at PricewaterhouseCoopers in India.

A key need is to improve availability and quality of geological data, which is more acute for minor and speciality minerals. The government could encourage private investment in reconnaissance activity using modern aerial techniques, including the use of drones, said Rao. Also, it is important for state governments to build institutional capacity in their mineral development agencies, he added. After the Civil Nuclear Cooperation Agreement with the US signed in October 2008, India signed uranium import deals with Navoi Mining and Metallurgy Combinat JSC of Uzbekistan, JSC TVEL Corp. of Russia, NAC Kazatomprom JSC of Kazakhstan and Cameco Corp. of Canada.